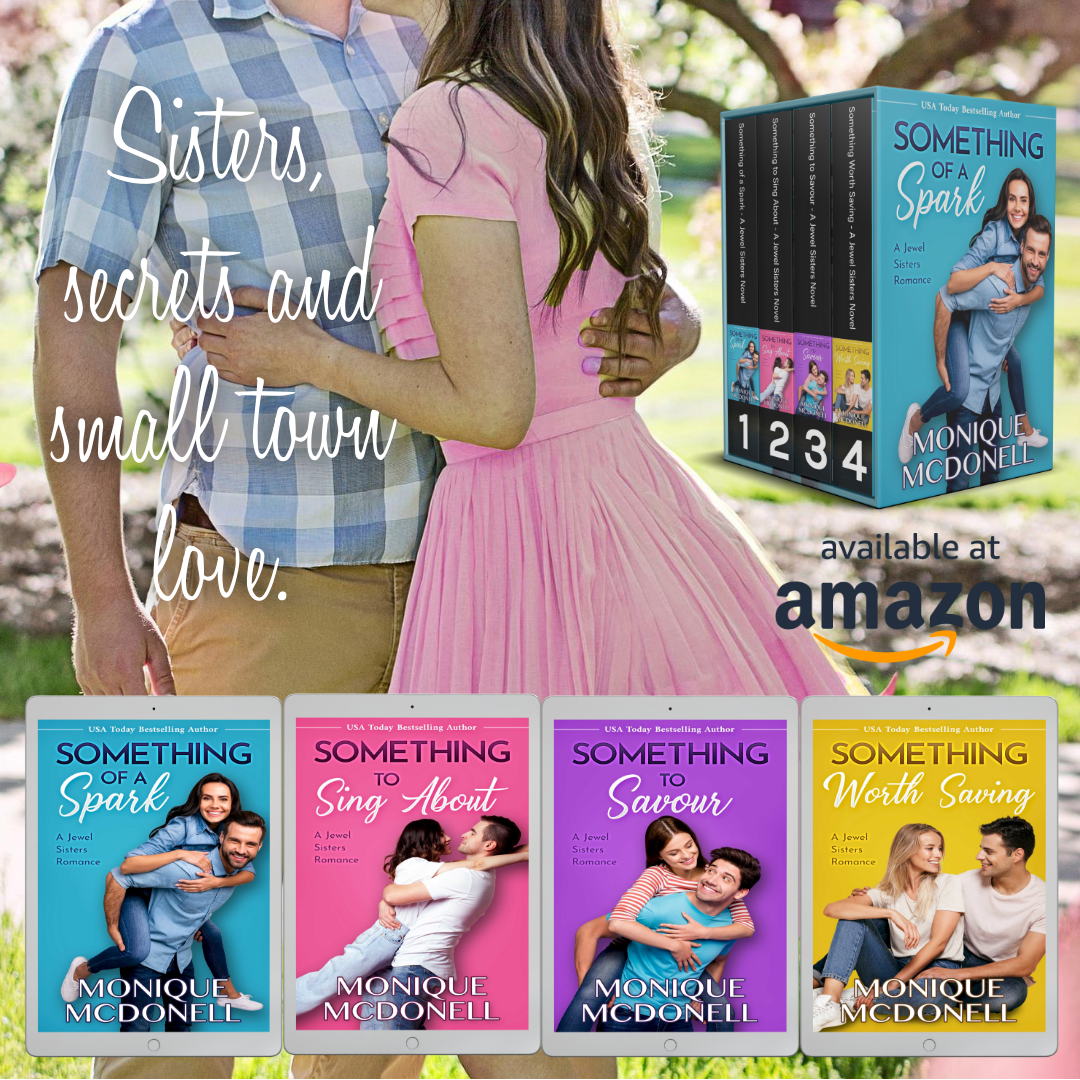 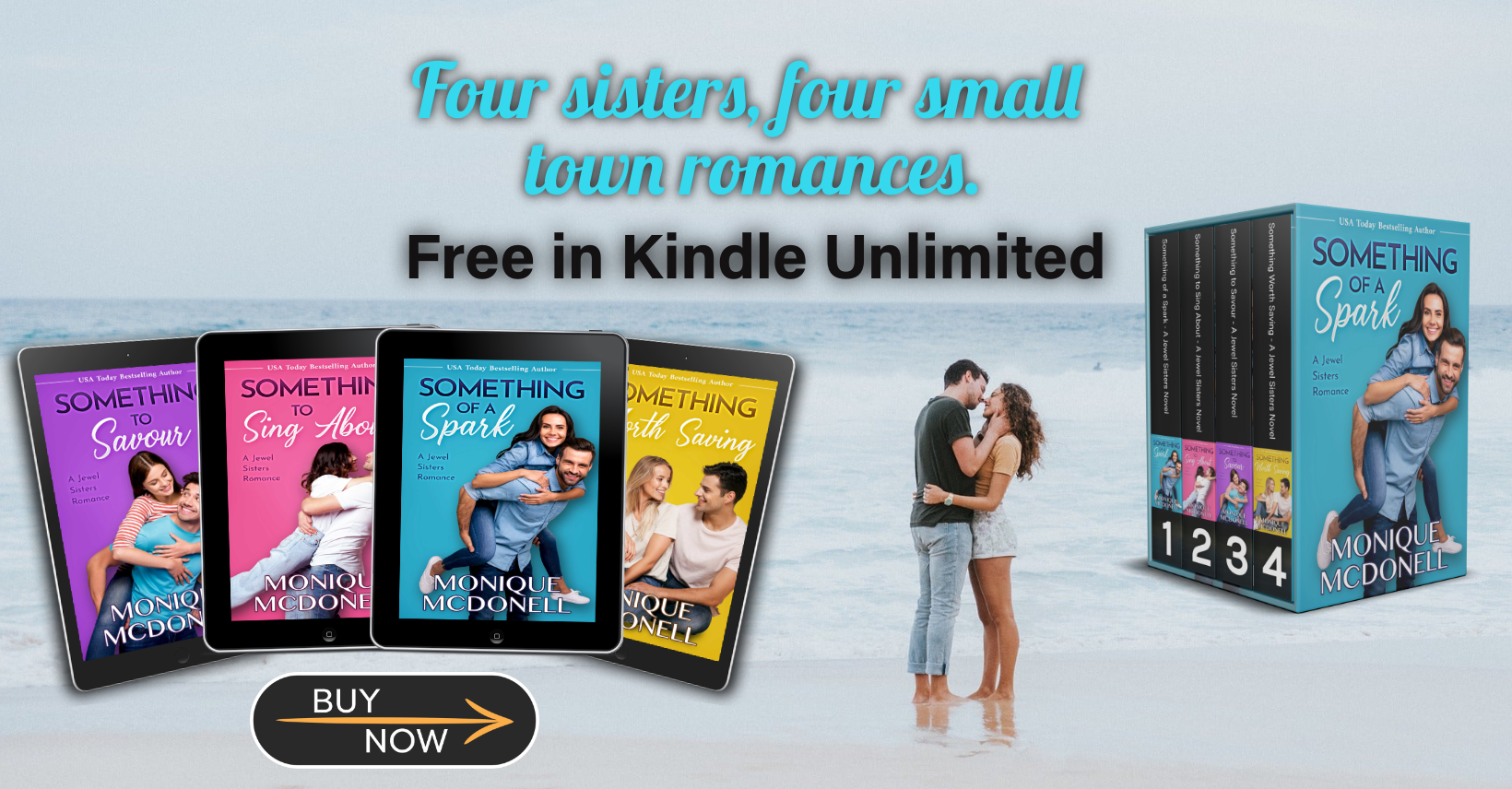 I told you it was coming and now it is here the new look Jewel Sisters series.

The first book in the series, Something of a Spark, came out in 2017 – or as it feels to me – a lifetime ago. I loved writing that book for a few reasons.

It’s set on the South Coast of NSW here in Australia so I could picture the town of Caudal Bay where the sisters live very clearly. The town isn’t real. It’s an amalgam of a few of my favorite beach towns. I hadn’t written a story set in Australia for a while at that point, so it was fun to do that.

I also loved the idea of writing a family series and the sisters’ relationships, in particular, were interesting to me. I only have one sister but when I was an exchange student my host family had three sisters, plus me, so four. The characters aren’t in any way base don any of us but I could draw a little on that experience.

Finally, although I never included them in the book I wrote a series of song lyrics for the book. Saffy is a lyricist in the novel and co writes country songs with her old friend Ryan. I had a lot of fun writing songs for them.

It was always one of my dreams to be a lyricist. The whole idea fascinates me. Not to mention I can make anything rhyme and some days used to talk in rhyme all day to my daughter. (I’ve never said I wasn’t annoying!)

Maybe I’ll share them here or in my newsletter one day!

Anyway, there’s a whole page dedicated to the series here on the website, so click over to see the new covers and read more about the series. (It’s in Kindle Unlimited if you’re a subscriber). 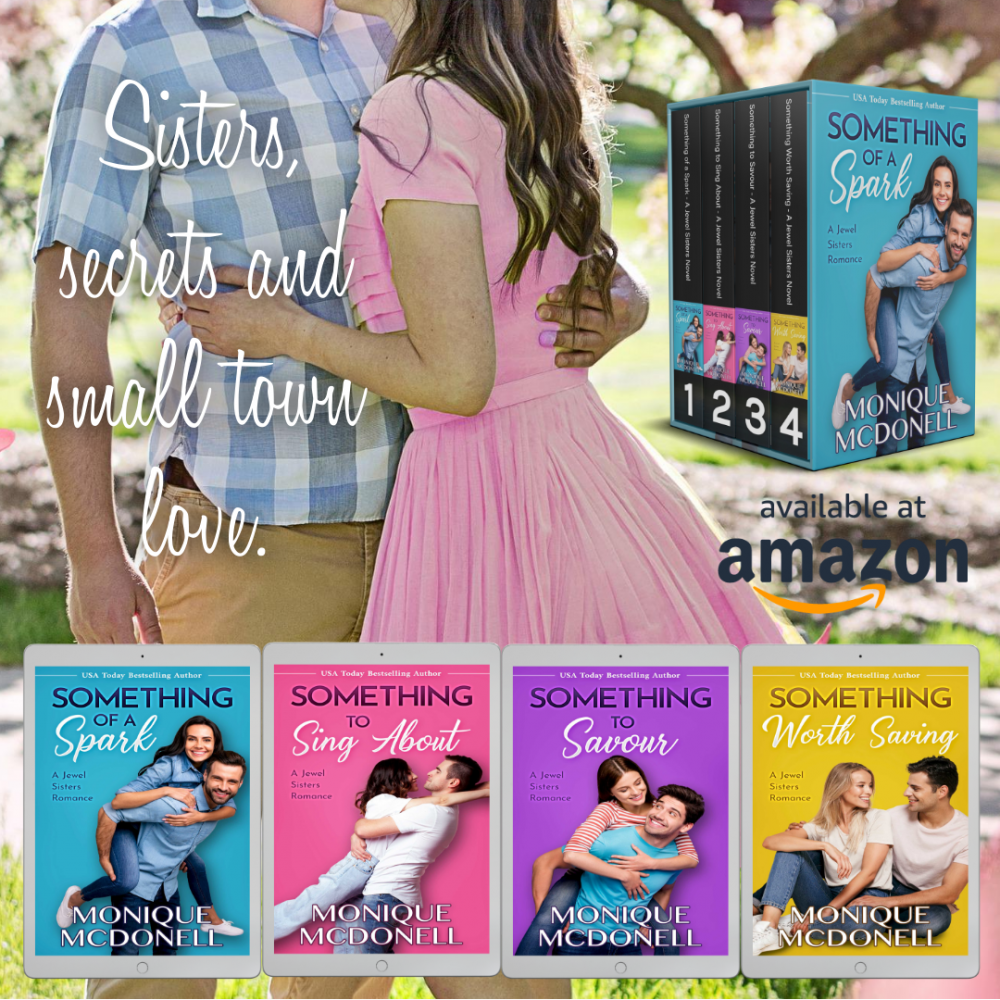