Guest Post by author T.A Willaims – Why I’ve come to love my secondary characters as much as the main ones.

Most books have got a hero or a heroine, or both. Most books, unless they’re set on a desert island, have got other characters in there, who interact with the main ones. As an author, I get a lot of fun out of creating a host of secondary characters who add to the plot, but, above all, provide a bit of humour.

It may sound weird, but my favourites, who feature in all my books, are the dogs. There’s always a big black dog who offers support, sympathy and a discreet shoulder to cry on. Like most dogs, they are always obsessed with food and ever ready to put on the old canine, “They don’t feed me,” expression when meeting strangers carrying food. Some have obedience problems, some flatulence, but they all share one thing; they provide the main characters with uncomplicated love. We all need a bit of that from time to time (that’s the love thing, not the flatulence).

There’s a female vicar in When Alice Met Danny that I enjoyed writing. She tells Alice apologetically,

‘I’m afraid it really does say, “Thou shalt not covet thy neighbour’s ass”. I regret to disappoint you, but that’s what it says, however nice the man may look.’.

There’s more than a touch of Dawn French in The Vicar of Dibley in her character, but she’s massively supportive to Alice when she’s going through some difficult times. Similarly, the character of Becky in my latest book, What Happens in Cornwall…, serves a similarly supporting role. I had great fun with Becky. She’s a woman on a mission; to find herself a handsome man as soon as possible. She and Sam are archaeologists, and one of Becky’s recurring gripes is that there are precious few hunky men in that field. ‘Where’s an Indiana Jones when you want one?’ is one of her regularly repeated moans.

I was maybe a bit surprised to find that one of the supporting characters who is most popular with my readers is Marco from What Happens in Tuscany… . He is a former male model, stunningly handsome and he knows it. He describes himself modestly as ‘the most beautiful man in Tuscany,’ and when he invites Katie out for a drink, he doesn’t mince his words.

‘A glass of champagne with a man as handsome as I am has to be every girl’s dream.’

Marco is as gay as Elton John’s tailor, but this seems to make him all the more appealing to the readers. But, underneath his outrageous exterior, he is another very supportive character.

And, finally, there are the two Italian paparazzi. I won’t spoil it for you if you haven’t read What Happens in Cornwall… yet, but Giancarlo, the serial philanderer, still manages to raise a smile. Like when he tells Beppe his latest conquest thinks of him as a Latin lover.

Giancarlo had done Latin at school. He grinned at the fat man. ‘Well, the first of the three anyway. Several times.’

Excerpts from What Happens in Cornwall…

At nine-thirty on the Sunday evening, fortified by a large glass of Chardonnay each and bearing a bottle of Rioja as an offering, they turned up at the party. It wasn’t in a scruffy terraced house in the heart of student town, but in a fine Georgian villa, high on the hill above the university, with a terrific view across the historic city. Even more surprising was the fact that the music was provided, not by a tattooed DJ with an earring and a couple of battered loudspeakers, but by a string quartet set up under a pergola of exquisite white roses. As they rounded the side of the house and took in the scene, both of them stopped dead in astonishment. They glanced at each other, the same thought on both their minds.

‘Bugger! We should have dressed up.’ Sam looked down at her shorts and regretted her decision not to go with a dress. Beside her, Becky was doing her best to tug her very short skirt down to her knees without baring her bottom.

‘There’s something about Bach, isn’t there?’

They turned towards the voice. It emanated from a tall man, probably in his early forties, with a patrician accent and immaculately styled long brown hair. He was wearing jeans and a plain white shirt. Samantha began to feel a bit less conspicuous about her choice of clothes. He smiled down at them. ‘Miles Vernon, Professor Miles Vernon. And you are?’ He held out his hand.

He was very good-looking and he knew it. Sam read the interest in his eyes, but she took a surreptitious step backwards, definitely not attracted to him and keen to avoid his getting the wrong idea. At the same time, she didn’t want to appear rude to a professor, even if his was a new name to her. But she needn’t have worried. Before she had time to extend her own hand, Becky had grasped his with both hands and was pumping it up and down. She beamed up at him. ‘Hello, Professor Vernon. I’m Becky and this is Samantha. We’re PhD students in the Archaeology department.’ She paused, then added for clarification, ‘At the university.’

Sam had a hard job restraining herself from giggling. Miles Vernon probably didn’t realise just how close he was to having his clothes ripped off him, Viking-style. You didn’t need a PhD to see the ‘target acquired’ look in Becky’s eyes. Sam waited until Becky had reluctantly released him and then shook hands with him in her turn. ‘Good evening. Is this your lovely house? Is this your party?’

He smiled at her, exposing a set of immaculate white teeth as he did so. ‘Good evening, Samantha.’ He pronounced it ‘Sementha’ and she repressed a shudder. ‘The answers are yes and yes. The house is indeed mine, and I thought I should do something for all my new friends at the university.’

For a very British summer holiday…

When archaeologist Sam realises her relationship is as dead as the skeletons she’s exhuming, she knows it’s time to make a change. But with bills to pay her options are limited…until a discovery on Rock Island in Cornwall gives her a reason to escape…

Head to the Cornish coast!

In Cornwall, questions are thrown up at every turn: who is the glamorous owner of Rock Island that the paparazzi are so interested in? How has the irresistible, but impossibly arrogant, history professor James Courtney managed to get so far under Sam’s skin? And will it ever stop raining so Sam can lose the cagoule and sip a cool drink in the sun? One thing’s for sure: there’s never been a holiday quite like this one!

Enjoy a summer of surprises and romance with What Happens in Cornwall…, the perfect retreat for fans of Fern Britton.

Firstly, my name isn’t T A. It’s Trevor. I write under the androgynous name T A Williams because 65% of books are read by women. In my first book, “Dirty Minds” one of the (female) characters suggests the imbalance is due to the fact that men spend too much time getting drunk and watching football. I couldn’t possibly comment. Ask my wife…

I’ve written all sorts: thrillers, historical novels, short stories and now I’m enjoying myself hugely writing humour and romance. Romantic comedies are what we all need from time to time. Life isn’t always very fair. It isn’t always a lot of fun, but when it is, we need to embrace it. If my books can put a smile on your face and maybe give your heartstrings a tug, then I know I’ve done my job.

I‘ve lived all over Europe, but now I live in a little village in sleepy Devon, tucked away in south west England. I love the place. That’s why you’ll find leafy lanes and thatched cottages in most of my books. Oh, yes, and a black Labrador.

I’ve been writing since I was 14 and that is half a century ago. However, underneath this bald, wrinkly exterior, there beats the heart of a youngster. My wife is convinced I will never grow up. I hope she’s right. 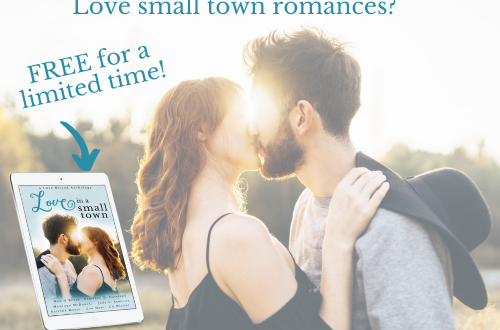