Book two of my Upper Crust Series – Any Way You Dream It is now with the editor. Yes, I know, those of you who actually read my blog and read my books know it should have happened a while ago, but it has finally gone.

The truth is apparently I am really bad at writing BOOK TWO in a series. Book one is fine and book three is fine. I’ve written two series now (one under a pen name) and I’ve experienced the same issue with both. The whole series has stalled because of Book 2.

Additionally, I think book two brings about fear of success (what if everyone loves it?) and fear of failure (what if everyone hates it?) into play in a strange and disturbing way. By the third book I seem to have pushed through it and the interplay between the characters carries me through. By then I’m one of the gang (I’m probably Thelma not Daphne but I’m in the gang) and there is a gang, a group of characters I know well and enjoy spending time with.

At least now we know. In the Upper Crust Series the good news Any Way You Fight It, Book 3 is done and will be released quickly after the second. Books four and five are also nearly done.

I really love Chase, the hero in Any Way You Dream It and Lucy is a girl who deserves a happily ever after (HEA) so I think you’ll love the book like I do. (And Six books in the series will have been released by the end of this year, so I really hope you do).

Now let’s turn up the music because it is Monday.

I love this song and have since I heard it back in the olden days…it’s a great love song and it features in my first novel Mr Right and Other Mongrels…my first book baby.

Ooh, yay! Very excited to hear this! I really enjoyed book one. 🙂

The curse of the second book!!! But to have 6 box released by the end of this year – yay you!
Reply 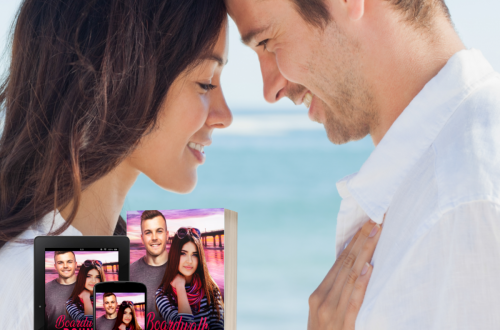