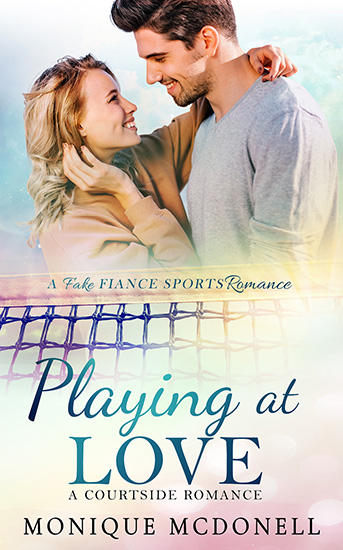 Kyle Samuels is the bad boy of tennis, and Teagan Archer is the good girl who has been sent to keep him in line. How far will they go to succeed?

Teagan has always wanted to join her father’s sports management team, but her father thinks it’s no place for his daughter. His ultimatum – Kyle in line or there’s no spot for her at Archer Sports.
Kyle has game on and off the court but knows he should cool it. His family that sacrificed everything to get him where he is now is struggling and needs his help. Now it’s time to step away from the ladies and play the summer of his life.

A fake engagement seems like the solution to both their problems – it should keep the women away and allow her to keep her eyes on him at all times. After all they both want the same thing – the best summer of their careers – but can they work together to get it? Or will the chemistry between them combust and burn them both?

If you like sweet sports romance you’ll love Playing at Love. 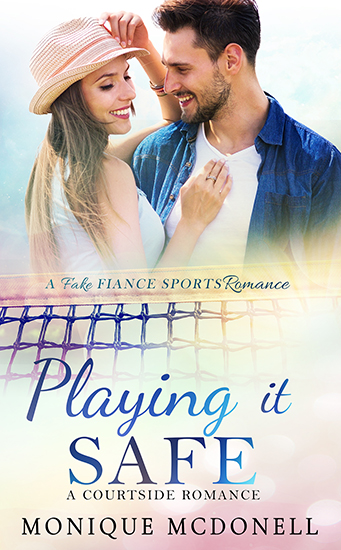 A tennis champion, his fake fiance and her sister’s wedding to her ex. What could possibly go wrong?

Ben Golden needs a girlfriend to throw the crazy Russian tennis player Olga off his scent, and the team physiotherapist Abby is the answer to his prayers. One kiss isn’t enough of a deterrent, so he proposes a fake engagement.

Abby’s sister is marrying her ex, so a fake fiance would make her return home for the wedding a whole lot easier. She agrees to the plan, but gets more than she bargained for when the paparazzi and her home town start speculating about how real the relationship is.

Can Ben and Abby survive the circus and find their way through? Or will they decide to go back to playing it safe?

Playing It Safe is Book 2 in the Courtside Romance series and can be read as a stand alone novel. 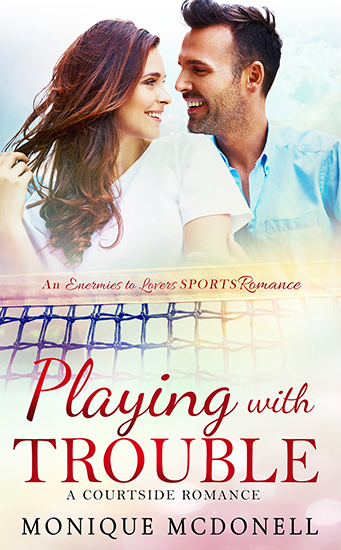 Accidentally in love… could be happily ever after.

Gorgeous Tennis player Andrew Benjamin was the perfect partner for an annual fling.
We knew the rules. It was safe.
He didn’t do commitment and as a single mom, my son always came first.
I knew his image couldn’t take the scandal.
and I had reasons of my own for making our fake marriage last.
It was a win-win.

Until our little escape from reality, turned very, very real… and so did my feelings for him.

Sexy sports publicist, Tiffany Black was only a one time thing.
Okay, maybe an annual thing.
We agreed no strings, it worked for us.
Until we tied the knot in Vegas and found ourselves bound together in more ways than one.

The longer we pretend, the more I realize I’m playing alright… playing for keeps. 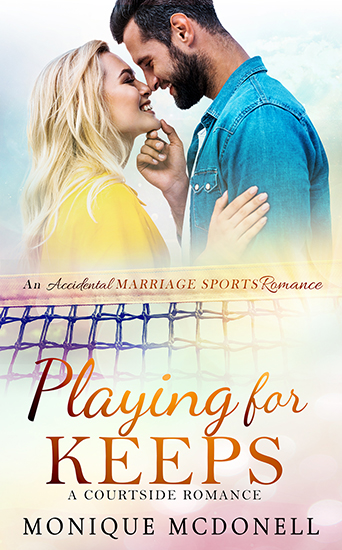 Love on the court… means winner takes all.

Brooding pro-tennis trainer Nate is the last person I wanted to see again.
He’s gruff, infuriating— and gorgeous.
Turns out we were both in the wedding party of mutual friends. Just my luck.
Being desperate at a wedding never ends well.
But wasn’t a date I needed, it was a coach.
One to help me win the Australian Open.
As much as I hated to admit it, he was the one.

Playing by the rules is a whole new game… now that he’s calling the shots.

Rising tennis star Savannah was beautiful, determined and unbelievably stubborn.
A lesson I learned a long time ago. The hard way.
Coaching a former fling, was a complication I didn’t need.
But she needed me.
Against my better judgment, I agreed to be her coach, hoping our past stayed— in the past.
Because not only was she off her game, she was off limits.
We could do this, I just had to keep the advantage.

I had no idea training her to play the set of a lifetime… could lead to forever.