1. What was the inspiration for your novel?
If I say a drug called Naramig will you ban me from your blog? I get cluster headaches and I take a migraine drug called Naramig. Sometimes it works. Anyway in a Naramig, migraine style headache fug on one of those days it didn’t, I had a vision of a shiny metal cafe table and two people sitting at it. A man and a boy. They weren’t related, they didn’t know each other. The boy steals the man’s mobile phone – and it’s the second time he’s done it.

It was such an odd vision I had to build a story around it. I even abandoned more logically derived
story ideas to focus on that one. That’s how White Balance came about. See I told you it was the drugs.

2. When did you take up writing?
Proper long length narrative fiction writing – June 1st 2011. I’d just had a piece of real, rent paying consulting work fall through and needed something to do that didn’t include shopping. Plus I’d always wanted to see if I could spit out a full length story that didn’t have a client’s brief breathing down its neck.

4. Do you have a favourite character (s) in your current novel?
Shouldn’t I love all my children equally? Yeah ok, one of the secondary characters Blake was so much fun to write
I’ve got a vague plan to do a prequel to White Balance about how Blake and Olivia, Aiden and Shannon get together.

5. What’s the best piece of writing advice you were ever given?
I might still be waiting for that. The best bit of red penning was given to me by the ex managing director of Fairfax. He was my CEO. He gave good red pen. So good, so often, I sometimes feared for my job.

6. Do you have a schedule for writing?
My writing schedule is the afterhours till 2am shift and as much of the weekend as I can manage. I sneak time from the real world as often as possible. It’s never enough. I pre-plan scenes at the gym. It’s the only good reason for a treadmill I can think of.

7. Are you a plotter or someone who tends to wing it?
I’m a sign poster. It’s my version of something in the middle of winging it and plotting. It’s kind of like using
index cards except I do it without cards in list form. I always know where I’m supposed to be going. I always know the big scenes on the way and I always know where I’m supposed to end. Though I often muck an ending up in the first draft. Giving good ending is hard. In between the sign posts it’s a miracle words actually get on a page.

8. Can you name three of four of your current favourite books?
My kindle and I are besties. My current fav is Favel Parrett’s Past the Shallows. I love anything Gillian Flynn and Lionel Shriver. Nikki Gemmell, Elliot Perlman, Wally Lamb. I’m hoping GRR Martin doesn’t make me wait 10 years for the next Game of Thrones book. Oh and how about the Jennifers – Egan, Cruise and Weiner and Jojo Moyes (You Before Me- sigh!) with some Nicholas Sparks, Michael Baron, Jane Lovering, Nora and JR Ward on the side. And not to leave out Mark Dapin or Sam di Britto (Blokes fiction but what the…) and can I love anything Arron Sorkin and Alan Ball as part of this question too please.

I should read more widely shouldn’t I?

9. Can you tell me a little bit about what you are working on now?
I have a journalist and an entrepreneur getting up to some mischief as they’re detained at Pudong airport in Shanghai.
He’s a mystery man, she’s going to uncover the truth about him but neither of them can predict the consequences. I just hope I can!

I have a critique partner who has an amazing imagination – dozens of stories on her deck but all of them in pieces – nothing is finished. You know I’m talking to you Brussels! It’s like a crime against story telling for these Halfling tales to be hidden in digital files and not presented to enjoy.

I went to my first Romance Writers conference and found it distressing to talk to people who have sweated on stories they are ‘not ready to write yet’, ‘haven’t started yet’ or ‘haven’t finished yet’.

You can’t do anything with something that’s not finished and you don’t learn enough from constantly sweating the same issues. Finish it.

Thank you for letting me rabbit on Mon.

***
You can read more about Ainslie at her blog
www.ainsliepaton.com.au

He saw the world in grey.
She gave him back his colour.

In one stolen moment, a man bared his soul. She only saw him through her camera lens but she’s overwhelmed by the desire to comfort him.

When Bailey meets scarily attractive Aiden, she’s struck by the oddest feeling he’s in pain. He soon proves how bogus first impressions can be. He’s not in pain. He causes pain, belittling with his intelligence and humiliating with his wit.

Aiden’s life is wildly out of balance. But no-one needs to know that, least of all the sparkling Bailey, even if it means ruining a perfectly good professional relationship with the only woman who ever made him forget Shannon.

But then together they save a man’s life, Aiden’s two realities collide and Bailey discovers she’s stolen his soul. 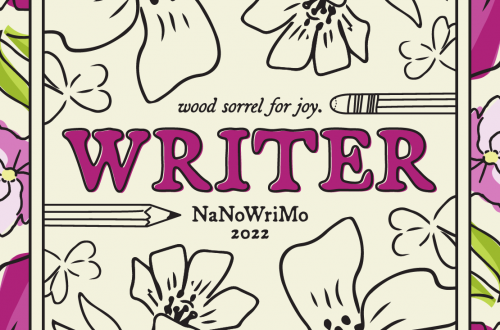