I am a contemporary romance writer. Some may mistake it for chick lit and call it as such. I don’t mind. The term ‘chick lit’ isn’t derogatory to me, like it is to some (dated, yes, but not offensive). But then the entire romance genre is the underdog of the fiction world with ‘chick-lit’ coming in right at the bottom.

Romance readers (and writers) are used to the snide remarks when it’s discovered what we read or write. You know the ones, the know-it-alls with the ‘what is right for me is right for all’ because ‘they said’. Bless them.

So, what are the variations of romance? I could list them all but we’d be here forever, so I’ve picked only a few to talk about.

Of course, romance is straight-talking (either modern or historical), and simple to describe: man and woman meet, fall in love, will they/won’t they, with a not necessarily a happy ending. But these are as varied as life and come in various subgenres—and there are many:

Category Romance is shorter than other romance genres and put out in monthly ‘lines’ by its publisher (usually Silhouette Special Edition and Harlequin American Romances). Its fewer pages means the romance is the focus with no sub-plots. The largest publisher Mills & Boon.

Regency Romances (not to be confused with historical romance) is again shorter than the average novel, and pre-Victorian and with little or no mention of sex. This genre was built on the works of Jane Austen.

Chick-lit doesn’t focus on romance. The main character needn’t be in a relationship, neither does she/he have to be on the lookout for one. Realism lines the genre, too. It’s modern, it’s funny (real life is, let’s face it), and it always, always, has a happy ending! The writing is ‘chatty’ as if the author is writing to her best friend. It’s aimed at the younger woman who are usually, but not always, seeking a Mr Right. It’s easily spotted by the cartoonish cover of a woman, handbags or shoes.

Contemporary romance is for the older woman (focusing on a more mature theme, but not necessarily older characters) and can cover a wide range of romantic/relationship angles. It’s modern and the character can be male or female.

There is this ridiculous idea that all the above genres are the same, but fans of the books know this is madness.

Romance and all its wonderful subgenres are different. Each and every one.

The Fall of the Misanthrope: I bitch therefore I am is a contemporary book. I wanted to write about someone who is seriously flawed and my character Valerie Anthrope is struggling to cope with her depression by ignoring it. She is the ‘bitch’ in the book and mellowed by supporting characters, bossy and motherly Ellen, and playboy, Lex.

Blurb:
I thought you were the type of man who could handle a one-night stand.’

The Fall of the Misanthrope is a hilarious tale of one woman’s handling of the modern world. Snowed under with work, drinking espressos and popping energy pills to keep her awake at night to avoid a recurring nightmare, she plays with
her health when she realises the depression, which caused her mother to kill herself, has caught her.

Bossy Ellen Semple thinks she has the answer: maternal love and cream cakes.

But it’s Lex who falls for Valerie and she dumps him. Then Valerie has a nightmare that turns everything she’s ever known the right way up. She’d been walking on a time-bomb. Or is she losing her mind?

Excerpt from The Fall of the Misanthrope: I bitch, therefore I am.

There was no need for words. Once inside, I walked straight upstairs, my body already aflame. Lex followed, his body so close, every time I took a step up, I brushed against him. We were removing one another’s clothes before the bedroom door had closed behind us. Our mouths seeking one another’s, our hands exploring unfelt flesh.

We didn’t make the bed at first. Lex lifted me up, and I wrapped my legs around his waist. We made love against my dresser, and again in the bed. I was angry at Ellen’s betrayal. Somehow she’d set out for me and her to meet, and obviously Lex too. But my anger had turned to lust. I wanted Lex or Alex Kendal, and I was going to use
him to my advantage. 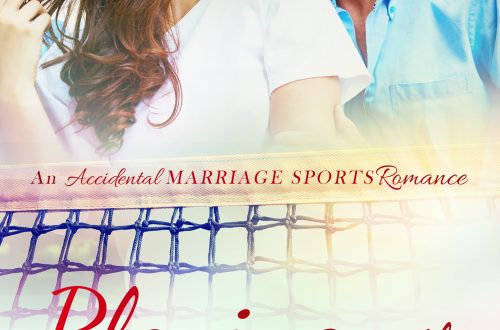