It’s that time of the year again! We can all forget our table manners and inside voices and act like whoever wins the game will affect our lives in any way whatsoever. Yay football season! Okay, seriously, I’m a big fan of watching Super bowl fans. And hey, I’m all about any Sunday that says Americans can start drinking before noon.

In addition to imbibing early, I’ve noted these other American Approved activities, because, after all football season is that one time of year we can:

Go charge a flat screen television larger than our first car—this is especially acceptable if your state team is headed for the Super Bowl.

Drink our weight in alcohol, especially brewski, so you better pack a porta-potty because you don’t want to miss a minute of scrimmage (something like standing in line at Macy’s on Black Friday, right?).

Have something new and exciting to argue about on facebook. (if I see one more football helmet profile pic I’m going to spank my cat).

My whole problem with football is the colors and the costs.

I’m sorry, but I refuse to wear a jersey that’s the same color as my mother’s living room. What’s wrong with pink? You make an NFL team color pink, and I’ll buy the whole damn outfit. Think about it! A pink jersey says, I’m soft, but I’m here to play ball, right?! Of course, if the whole team wore pink, I suppose the estrogen might kick in. You know, instead of fighting over the ball, they’d have to play nice and seek mediation. Oh, and there would be no butt-patting; elbow touching only. And can’t you just hear the Quarterback asking, “Do these pants make my butt look big?”

Speaking of the Quarterback, how come if he’s the team leader, he only gets ¼ of his back, while some other guy gets all of his own back? If I had my druthers, I would certainly opt to be a full back with a pink fitted jersey and white pants. And please, no padding around the hips! Mommy’s hips are plenty padded, thank you very much.

What about the commercials? Reportedly the Super Bowl half-time is the most expensive advertising opp on the planet. You could buy Morocco or a 10-second spot. Why do advertisers pay so much money for this? Don’t they know everyone is going pee? I get it though, come Monday morning, the Internet will be full of youtube videos recapping all the commercials so that everyone has something new to talk about, now that they’ve realized that whether their team won or lost, all they have to show for it is five extra pounds, a really big television and an even bigger credit card payment. But, mmmm, nachos.

Q & A
When did you come up with your story?
When I was trying to do yoga once I concluded that there must be other women whofound it as ridiculously complex as I did and that it had to make for a funny story.

Who is your favorite character from your book and why?
I like Melissa because we share a love of wine, yoga and always wanting to lose ten pounds. However, she is a little more neurotic than me (and I don’t know why my family can’t see that). Otherwise, it is true that we both have mothers
that drive us batty.

How about your least favorite character? What makes them less appealing to you?
Tac bugs me. I mean, he’s got big hair and sells a lot of houses. Whoopity doo. He can barely do yoga and he drinks white wine. I just don’t trust him.

Is there a message in your novel that you want readers to grasp?
Well, I want readers to relate to the main character who is a wine-drinking neurotic woman. Mostly, so I feel better about myself.

Do you have any unique talents or hobbies?
So being neurotic is not quite enough? I enjoy directing four-way traffic at intersections, but who doesn’t?

What is the quote you live by?
“Turn the light off, it’s not even noon yet.” Oh, and I like the one by Henry Ford, “Whether you think you can or you think you can’t, you’re right.” He was smart and built cars.

Give us three “Good to Know” facts about you.

I have been to rehab for my gummy bear addiction.
I do not know
what my natural hair color is.
I look good in green.

What’s the strangest dream you’ve ever had?
Toto was involved. That’s all I’m saying. Unless you have a warrant?

How old were you when you started writing?
My mother will tell you I was born with a pencil in my hand, but she lies a lot so you can’t really trust her. I remember deciding I would be a writer at age 11 when I fell in love with John Boy Walton and his Red Indian writing pad. I
think I wrote stories before that, though.

Are you married?
Yes, but if you’re going to ask how my husband tolerates me, I’m afraid he’s not home right now. Call back later.

Thank you for having me! XO

Tamara Lee Dorris has been a life-long fan of personal and spiritual development, and has written several books that fall under the category of “self-help.” She wrote Secrets of a Spiritual Guru as a way of poking fun at how easy it is to become an online expert. Her other novels revolve around contemporary issues and spiritual enlightenment. Tamara is also an adjunct professor, radio host, and long time real estate professional who has gone crazy selling houses, loves yoga, drinks wine and is still as addicted as ever to personal development. She lives in Northern California with a bunch of annoying animals and her husband. She has four kids that she likes a lot and a mother that drives her nuts. Learn more at tamaradorris.com.

All the things you like and dislike relate to wine haha. Nice! 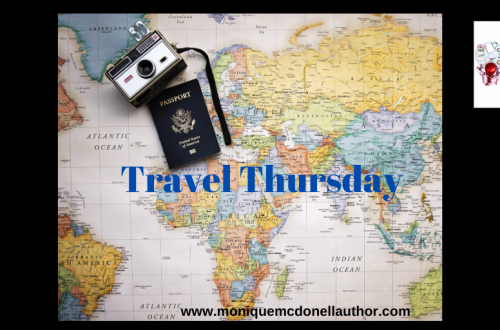