D. Pichardo-Johansson is a Board Certified physician practicing in Florida. Her Romance specialty is “Connection of the minds and the souls, more than only the bodies.” Her Mystery specialty is “How to murder someone and ensure a negative autopsy.”

D. Pichardo-Johansson is a self-proclaimed “Expert on Finding Love Against All Prognoses.” She lives in Melbourne Beach, Florida with her Soulmate Husband—a reformed eternal bachelor turned into happy stepfather—and her four children, including twins and a child with special needs.

Excerpt from Beyond Physical
​Richard felt an inexplicable frustration rise in him. “How could I believe in anything holding together the universe? Look around you, and you’ll see the chaos in the world. There’s suffering everywhere we go: death, cancer, natural disasters, people killing their own children, hate, war—”
She cut him off. “There’s also love, laughter, people following their passion, people helping other people in times of need, brave souls overcoming tragedies and walking out of them as improved human beings.”
Grunting, he shook his head. He couldn’t explain the passion he was feeling. “Oh, Joy, you’re so naïve. That laughter, that love, is unfairly distributed. They’re a privilege of only a handful of people on the planet.”
Joy sighed. “And like Martin Luther King said, all I can do is to be the change I want to see.”
“I don’t mean to be offensive,” he replied, “but just to believe that change is possible, you must have had a sheltered life. I bet you’ve never been held up at gunpoint or beaten up for being different. I bet you’ve never seen your children hungry and wondered what’s it going to take for you to be able to feed them.”
She didn’t answer. He should’ve felt glad to have had the last word; but instead, he felt somehow disappointed. He had to admit he’d started to enjoy the verbal duel and resented its ending.
Stillness filled the car for the rest of the ride to the Hospice House. As Richard cooled down, he feared he’d spoken too much. (…)
They arrived at Richard’s large SUV in the parking lot. He started walking toward his car, but then, feeling a need to mend things up, he turned back. He tapped her window until she opened it and then held her arm to prevent her from leaving.
“I hope my negative comments didn’t make you reconsider your offer to let me shadow you. I have a lot to learn from you.”
She didn’t answer, and she didn’t look happy. He added, “I don’t think you’re the type of person who’d discriminate against someone for their religious preferences. In the same way, I’m hopeful that you won’t discriminate against me because I’m a non-believer.”
To his relief, Joy smiled,(…)
She spoke slowly. Her voice was calm. “Richard, you have a typical case of anger against God. Think about it. You’re angry with God. By definition, you can’t be angry with someone you don’t believe exists. Therefore, you do believe in God.”
Richard froze.
She smiled. “Conclusion: you’re not a non-believer; you’re an angry believer.”
He gaped at her, speechless. Her smile shifted into a smirk. “Have a good night.”
Then she took off, leaving him standing in the parking lot, unable to answer.
A strange rush of excitement came upon him, reminding him of a time practicing judo with a worthy contestant who’d surprised him with a master judo hold. He smiled.
That had been the most stimulating debate he’d had in ages.

Where to Find Beyond Physical
Goodreads
Universal Buy Link 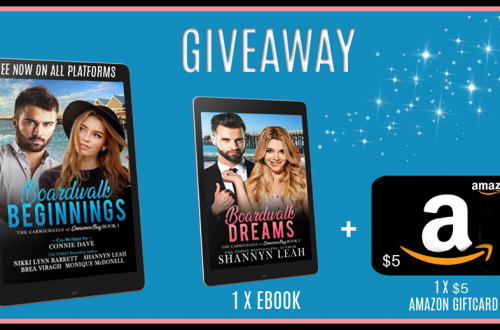